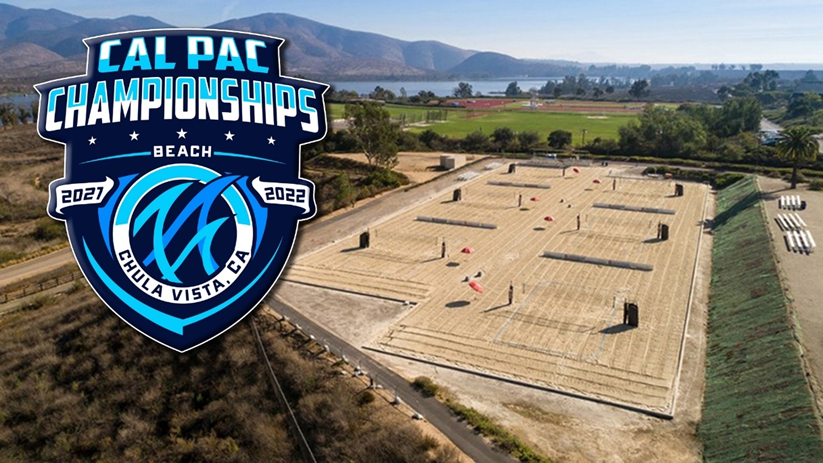 Chula Vista, CA – The California Pacific Beach Volleyball Women’s Championship (Cal Pac BV Championship) is coming to the Chula Vista Elite Athlete Training Center (CVEATC) during the month of April. Seven universities will be participating in the tournament, which will be played on our state-of-the-art beach volleyball courts from April 7-9. A total of 121 athletes and coaches will be partaking in the tournament, with 99 staying at our facility overnight and enjoying our dining services. This stage of the tournaments is called the Western Grouping Beach Volleyball NAIA Qualifying Tournament, with the winner moving on to the NAIA Women’s Beach Volleyball Invitational, which will be held April 21-23 in Panama City Beach, Florida. This is the second time the Cal Pac BV Championship is played at the CVEATC, the last time being in May of 2021. The CVEATC is delighted to host the Cal Pac BV Championship for the second year in a row, and look forward to doing it again.

Thursday’s opening round is played in a pool-play format, with the teams separated in two pools (A & B). Following pool-play, the universities are reseeded for single game elimination bracket-play, which began on Friday, April 8. The #4 seed Saint Katherine defeated #5 Benedictine Mesa in the first match of the day, meanwhile, #6 Park-Gilbert upset #3 Bushnell. Later in the day, #2 Corban defeated #7 Marymount Californian, and #1Westcliff took down #4 Saint Katherine. Friday’s single game elimination round ended with #2 Corban eliminating #6 Park-Gilbert. Once Friday came to a close, two universities remained, the #1 seed Westcliff University and #2 Corban University. The Championship game was played the following morning on Saturday April 9, with Westcliff University coming out victorious. With the result, Westcliff University will move on to the NAIA National Invitational in Panama City Beach, Florida. The CVEATC would like to congratulate the seven universities that participated in the Western Grouping Beach Volleyball NAIA Qualifying Tournament, and wish Westcliff University the best of luck in Florida.

To learn more about the Cal Pac Women’s Beach Volleyball Championship, please follow the links below:

To learn more about training or groups events, visit our website at trainatchulavista.com