Chicano Federation Kicks Off Summer With A Soccer Academy For 1,000 Kids. 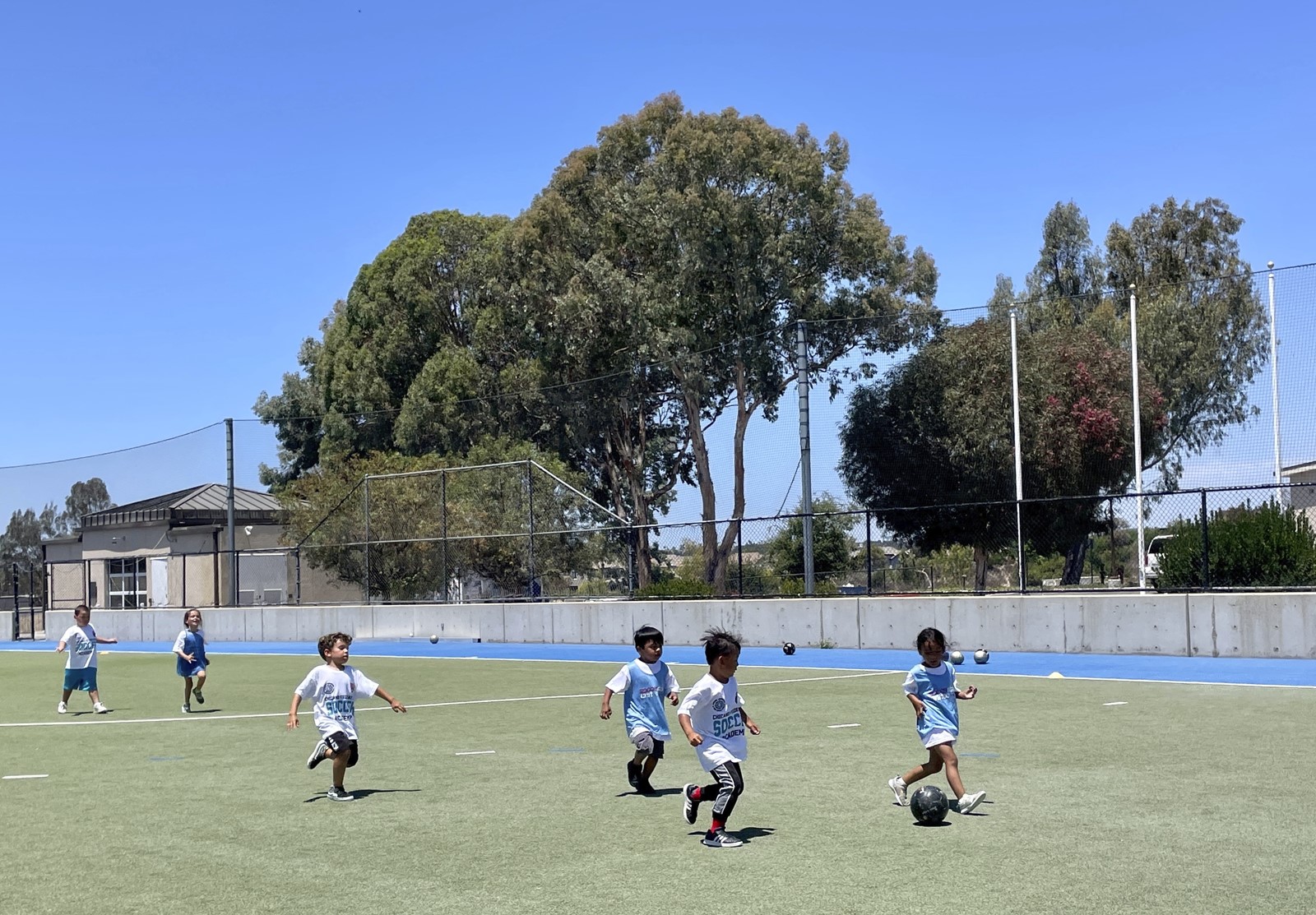 CHULA Vista, CA – The nonprofit Chicano Federation is providing a soccer academy to give free classes to more than 1,000 students from the San Diego Unified School District in underserved communities.

The 10-week program at the Chula Vista Elite Athlete Training Center consists of teaching leadership and teamwork through soccer to children 5 to 12 years old.

They are even visited by players and coaches from the San Diego Wave and San Diego Loyal professional soccer teams, who form part of the alliance.

“The players come here frequently to speak to the kids,” said Liz Ramírez, executive director of the Chicano Federation. “They talk about this sport and help them with their technique.”

the summer academy, which runs Monday through Friday, will finish at the end of August, Ramírez said.

It is financed by the Level Up San Diego program from San Diego Unified in conjunction with the San Diego Foundation. The school district and the Chicano Federation provide transportation to the training center.

“This is completely free to all of our students, so they don’t have to worry about funding this through their own budgets,” said San Diego Unified Superintendent Lamont A. Jackson.

The first camp with the Chicano Federation and the San Diego Loyal was created last year as part of the program.

“We are fully committed to doing this, not only these last two years, but into the future as well,” Jackson said.

On Wednesday at the training center, Landon Donovan and Jill Ellis, emblematic figures in American soccer, visited the students.

“This sport has been such a great gift in my life,” said Ellis, president of the San Diego Wave.

“If I can help in some way, shape or form have a young child experience the joy of sport, and all the teamwork and everything that comes with it, it’s well worth our while to be involved in a program like this,” said Ellis, who as coach of the U.S. women’s soccer team won two World Cups.

Donovan, manager and executive vice president of soccer operations of the San Diego Loyal, said the academy wants the youngsters to have fun, but also learn more about soccer.

“We hopefully are making fans out here, potentially making players one day, you never know, but ultimately they can come here, smile and have fun.”