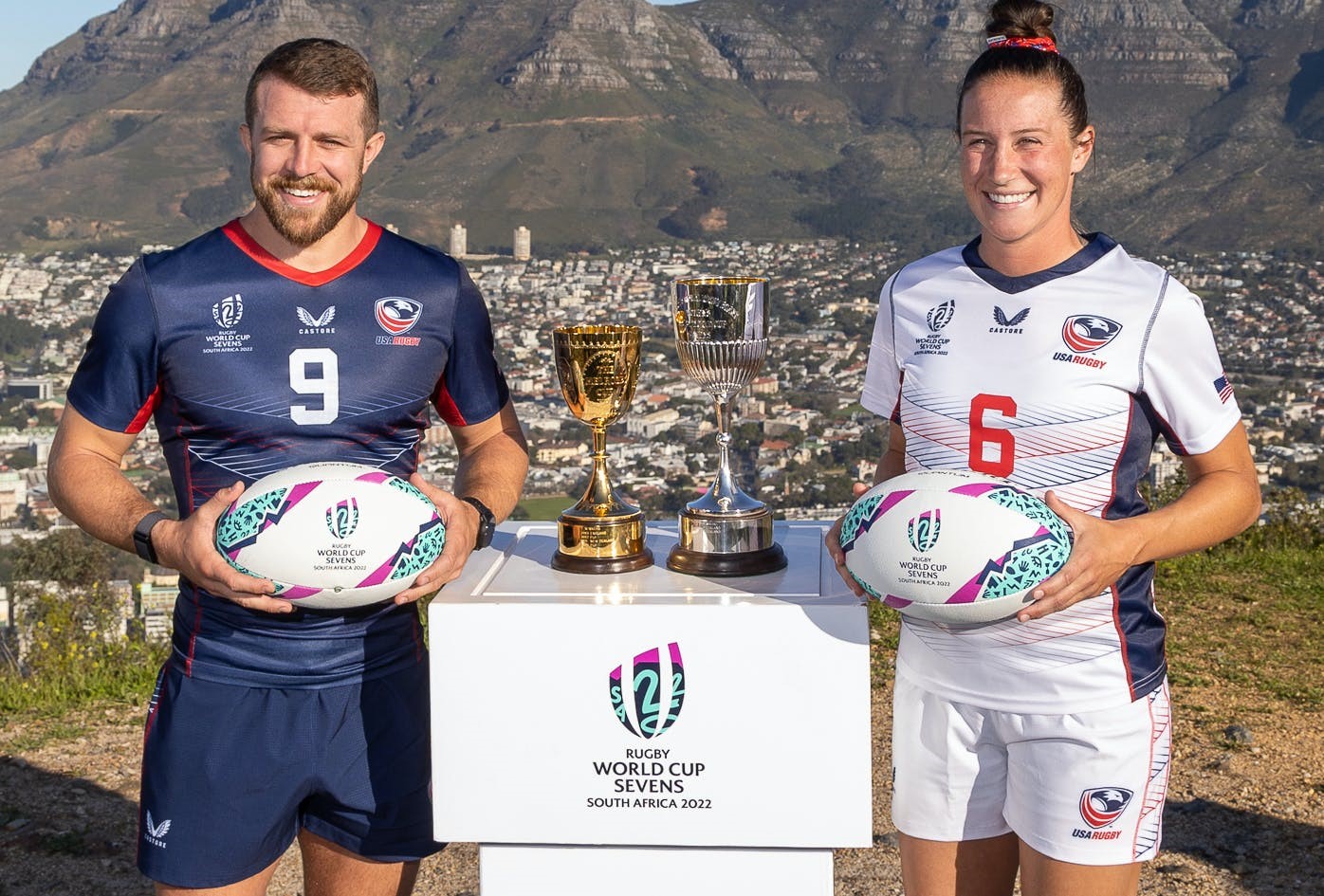 Chula Vista, CA – The Chula Vista Elite Athlete Training Center (CVEATC) would like to welcome back the U.S. Men’s and Women’s Rugby Sevens teams to campus. The two teams recently traveled to Cape Town, South Africa for the 2022 Rugby World Cup Sevens (RWCS). The U.S. Women matched their 2018 performance, making it to the semifinals and finishing fourth. Meanwhile, the U.S. Men finished in 11th, their second-best result in tournament history.

This was the seventh edition of the RWCS, with the first men’s tournament staged at Murrayfield Stadium in Edinburgh, Scotland in 1993. England went on to win the inaugural tournament over Australia. The Women’s RWCS was inaugurated in 2009, with Australia taking home the first title over New Zealand.

Since the start of the women’s RWCS, the U.S. Women (Eagles) has made the semifinal each time (2009, 2013, and 2018). The Eagles went into the tournament as the no. 4 seed and routed Poland 39-7 in the first match. That victory earned them a quarterfinal matchup versus rival Canada on day two. The Americans narrowly defeated the Canadians 10-7, thanks to a late try effort from Ilona Maher.

Day three saw the U.S. Women face off versus the 2022 HSBC World Rugby Sevens Series Champion, Australia, in a quarterfinal matchup. The Eagles left it all on the field versus Australia, holding them to only 17 points on the day. Unfortunately, stellar defense wasn’t enough, as Australia defeated the Eagles 17-7.

The Fourth and final match for the Eagles was a Bronze medal matchup versus France. Going into the game, the Eagles had won two of three versus the French on the year. The margin of victory in those three matches was 5 points or less. Both teams were evenly matched, but France was the better team on the day, defeating the Eagles 29-7, forcing them to settle for fourth.

Moving on the men’s side of the bracket, the no. 6 seed U.S. Eagle Sevens began the tournament with a round of 16 match-up versus lower ranked Samoa. Unfortunately, the Eagles never held a lead during the match, loosing 40-12 and were knocked out of medal contention, leaving them to play in the Challenge Cup Bracket.

Day two went a lot better for the Eagles, as they began the day with a 33-5 victory over Wales in the Challenge Cup Quarter Finals. The Eagles were clinical to say the least versus Wales, as five different players managed to score: Perry Baker, Ben Broselle, Maceo Brown, Malacchi Esdale and rookie Aaron Cummings.

The Eagles next opponent was Uruguay, a team they are familiar with to say the least. The Eagles hosted the Uruguayans at the CVEATC a few weeks earlier. The Eagles were down 21-12 in the final minutes versus Uruguay, when Perry Baker scored to bring them within 2 with seconds left to play. That was as close as the Eagles were going to get, as they lost the match 21-19.

The Eagles ended their 2022 RWCS campaign with an 11th place match versus Kenya, a team they lost to a few weeks prior in the HSBC World Rugby Sevens Series in Los Angeles. The Eagles defeated Kenya this time around 26-19 thanks to the speed of Lucas Lacamp and Malacchi Esdale.

Looking ahead, the U.S. Men’s and Women’s Sevens will now focus on qualifying for the 2024 Paris Summer Olympics. The 2022-23 HSBC World Rugby Sevens Series, which begins in November, acts as the qualifier for the 2024 Olympics, with the top four teams getting automatic bids.

The CVEATC would like to congratulate the Men and Women Eagle’s on successful 2021-2022 Rugby Sevens seasons, and would like to wish them the best of luck as they continue their preparation for Paris 2024.