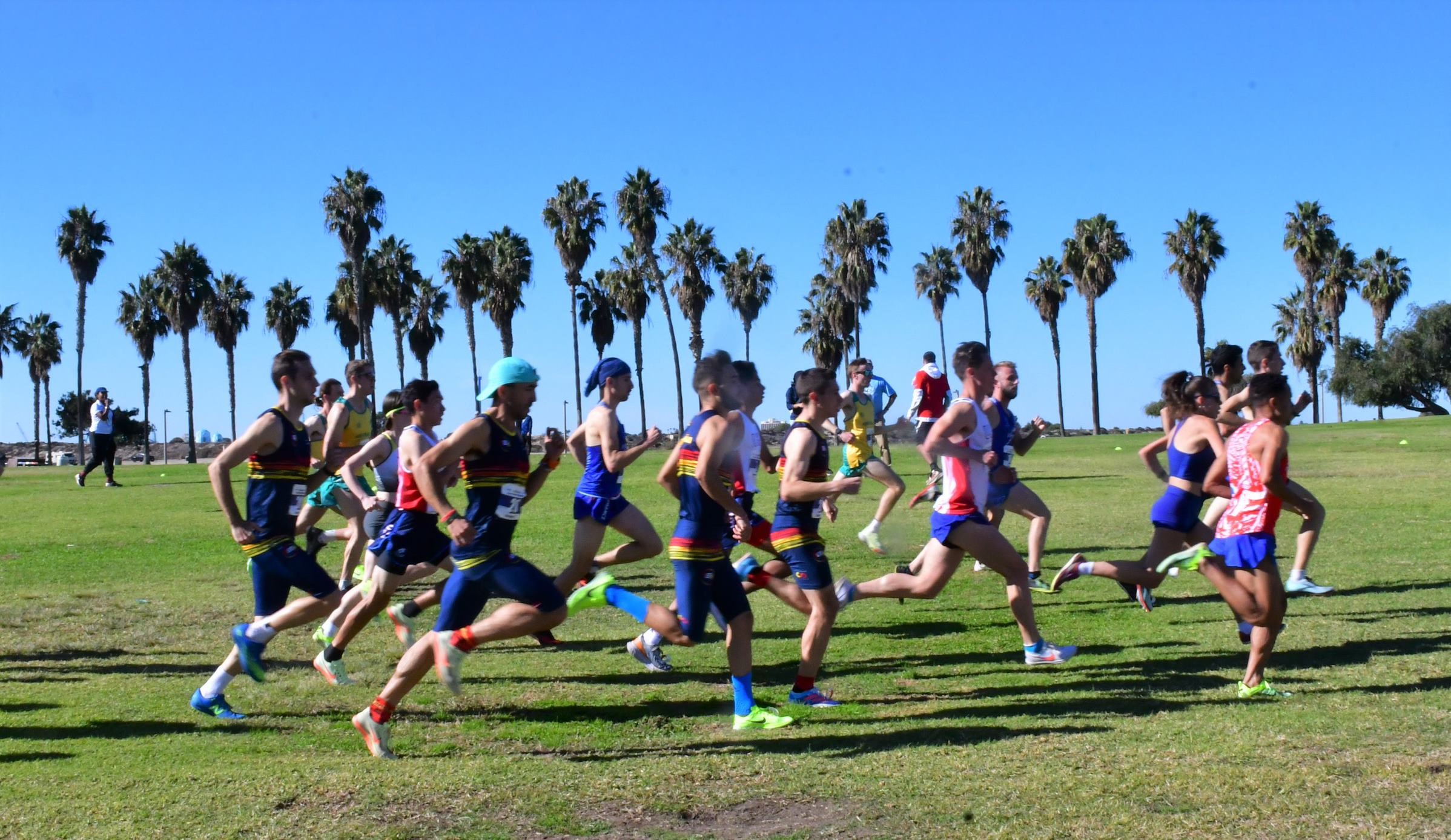 Chula Vista, CA – The 9th edition of the Virtus World Cross Country Championships, an event for world class runners with intellectual impairments, was one to remember! Athletes from eight different nations: Australia, France, Germany, Puerto Rico, Spain, Sweden, Thailand and the USA stayed at the Chula Vista Elite Athlete Training Center (CVEATC) during the month of November, in preparation for two days of rigorous competition at Mission Bay Park in San Diego, CA. During their time at the CVEATC, athletes stayed overnight in our dormitories, used our dining services and had access to our strength and conditioning center.

For those who are not familiar with Virtus World Intellectual Impairment Sport “Virtus”, It’s a brand name of the International Federation for intellectual impairment and is a founding member of the International Paralympic Committee. Virtus was formed in 1986 and has since grown to a membership of 500,000 athletes from more than 90 nations across the world.

This was the first Virtus World Cross Country Championship since 2018 due to COVID-19 protocols, and the first held outside the continent of Europe. Over 40 runners, representing eight countries, competed in the event at Mission Bay Park’s Tecolote Shores (Nov. 19-20, 2022). The same course has staged the U.S. National Cross-Country Championships on four different occasions. There are two different courses, the short course race (2k for women, 4k for men) and the long course race (6k and 8k).

The Championship turned out to be a huge success for American athletes, as they claimed five out of the eight possible Gold medals and topped the medal’s table. In the II1 category, USA Paralympian Michael Brannigan became the host nation’s superstar by winning three Golds in the 8K long course, 4k short course and the overall men’s team event. Brannigan, a native of New York, has competed in the Summer Paralympics twice, winning Gold in the 1,500 meters in Rio 2016, and has recorded a 3 minute and 57 second mile time.

In the women’s short course race, American Kaitlyn Bounds won the Gold with a time of 7 minutes and 34 seconds, defeating Franziska Dziallas from Germany and Sweden’s Aleksandra Gustaffson. Two-time 400-meter Summer Paralympics Gold medalist Breanna Clark of the USA tried her luck in cross country for the first time and just missed out on the podium, finishing in fourth in the short course race.

The CVEATC would like to congratulate all the runners who competed in the 2022 Virtus World Cross Country Championships from San Diego, and the Virtus Teams on yet another successful World Championships.